Start Up & Millennial, Can You Relate?

The description of start-up companies filled by millennial generation is relevant today. The dynamics of the rapidly developing IT world are identical with the cheerful and energetic millennial spirit. Likewise with Empat Kali, a Fintech (Financial Technology) platform with a peer to peer lending system that offers flexible payments through 0% interest installments for four times on several online store websites that have collaborated with it. 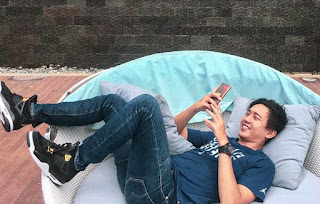 One of the millennial profiles in the Empat Kali Company that contributed to the start-up marketing process is Ghaldy Baldy Glend, Social Media Strategist & Customer Relations Manager. For Ghaldy, working at a start-up company under a foreign auspices requires extensive creative power. Moreover, since last June 2020, Empat Kali has been under the auspices of Afterpay from Australia.

Even though Empat Kali is a Fintech industry, its services are closely related to the millennial lifestyle. Ghaldy explained that currently, Empat Kali has been working with dozens of merchants who are associated with millennial fashion and lifestyle. Among them, the top merchants are Brodo, Deus Ex Machina and Hijab Chic. 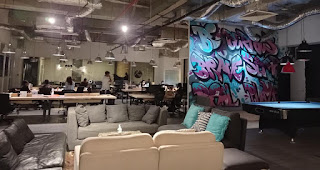 Considering the orientation of the Empat Kali as a platform that makes easier for its market segments to get the goods needed with interest-free installments, this Fintech marketing concept is also geared towards capturing massive online sales. "Empat Kali is really focused and serious about choosing targets in running ads, both on Google Ads and Social Media ads via Instagram and Facebook. Hopefully they are interested and immediately make transactions with Empat Kali" said Ghaldy.

In order to achieve optimal work results, as the leader of his division, Ghaldy also considers bonding with the team to create an effective output and maintain cohesiveness. "We always debate in determining the creative content to be released, but besides that we also usually carry out exciting afterhour activities together, such as Muay Thai practice or just playing Play Station" he concluded.